Decision on the extension of the operational life of the Doel 1 & 2 Nuclear Power Plants, located near the Port of Antwerp, Belgium. 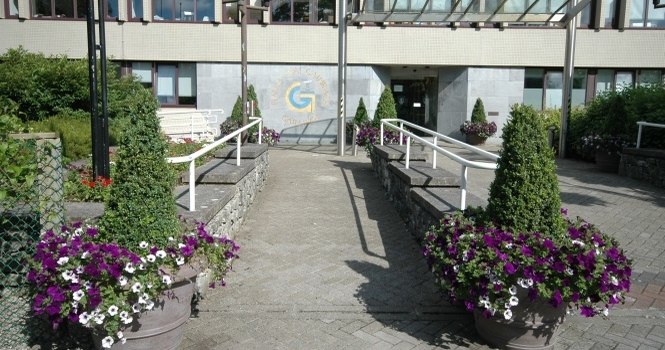 Decision on the extension of the operati onal life of the Doel 1 & 2 Nuclear Power Plants, located near the Port of Antwerp, Belgium.

Local Government and Heritage received notiﬁcation from the Belgian Minister for Energy, Environment and Sustainable Development, of the intended extension of the operational life of the Doel 1 & 2 nuclear power plants (NPPs) and the associated nuclear safety-related improvement works, inviting Ireland to participate in transboundary public consultation.

Doel 1 & 2 are two of Belgium’s seven nuclear power plants, and both have been in operation since 1975. In 2003, the Belgian Government passed a law stipulating that all nuclear power plants would be decommissioned 40 years after their industrial commissioning, meaning that Doel 1 & 2 were scheduled to cease operations in 2015. A subsequent law was passed in 2015 that extended the operational life of Doel 1 & 2 by 10 years, from 2015 to 2025. A ruling1 in the Court of Justice of the European Union determined that the decision by Belgian authorities to extend the operational life of the NPPs constituted a ‘project’ within the meaning of the EIA Directive (Directive 2011/92/EU), thus requiring that an environmental impact assessment take place, along with the associated transboundary consultation.

For practical reasons, Belgian authorities decided to prepare two separate Environmental Impact Reports (EIRs), but have advised that they will need to be evaluated in conjunction. One report relates solely to the decision to extend the operational life of Doel 1 & 2. The second report concerns the nuclear safety-related improvement works which includes the construction of three new buildings on the site:

The Environmental Protection Agency (EPA), as the appropriate body in Ireland with expertise on radiation policy, advised that Ireland should accept the invitation from Belgium to participate in the transboundary consultation because although Ireland is outside the 300km range set by the International Atomic Energy Agency (IAEA) in its Ingestion and Commodities Planning Distance (ICPD) modelling, Ireland is within the 1,000km range set as Zone 1 for emergency response purposes by the IAEA. Zone 1 States are considered more likely to be aﬀected and so direct liaison is established with these States by the IAEA in the event of an emergency.

A member of the public may make a written submission or observation in relation to the potential transboundary environmental eﬀects of the project, by sending them to their local planning authority to be received by close of business on Wednesday 23 June 2021 at the latest. Submissions or observations should not be made to the Department of Housing, Local Government and Heritage.

The public consultation notice together with a printed copy of the documents referenced above which will be available for inspection, or purchase at a fee not exceeding the reasonable cost of making a copy, during oﬃce hours at the oﬃce of each planning authority nationwide, from today Wednesday 28 April 2021.

Documentation submitted can be viewed at:

Due to social distancing measures introduced in response to the global COVID-19 pandemic, viewing may be by appointment only in local authority oﬃces. It is strongly advised to contact your local authority to clarify the position in this regard before travelling to view the documentation.