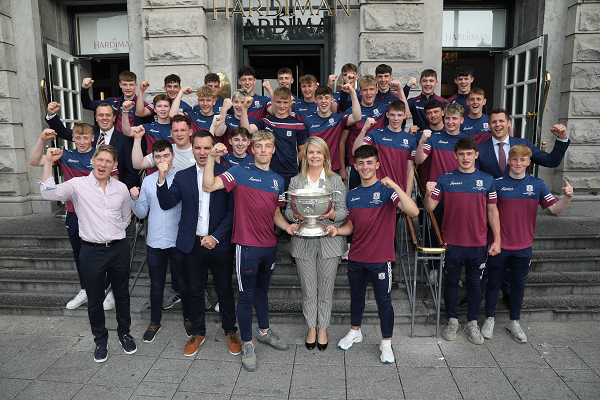 A Mayoral Reception was held on the 18th of July 2022 to celebrate the historic achievement of the Galway Minor Football Team, on winning the All-Ireland Championship on the 8th of July 2022. The Mayor of Galway City, Councillor Clodagh Higgins, acknowledged the outstanding sporting achievements of the team at the event, and praised their teamwork and dedication.

During the course of the Reception, the Mayor commented: “This group of young men have shown dedication, determination, commitment, and most importantly – team work. Your achievement is the result of many hours spent on the pitch, honing your skills, and building your fitness and athleticism. You have donned the county colours, and taken the good with the bad, to come out triumphant – All-Ireland Champions. You are role models for the young boys and girls following in your footsteps, playing football across the City and County. You have done your City and County proud.”

The Mayor recognised the achievements of the Manager Alan Glynn, the Management Team, and the families of the players for their support.

Galway City Council wishes the Senior Football Team the best of luck in the All-Ireland Senior Championship this weekend. 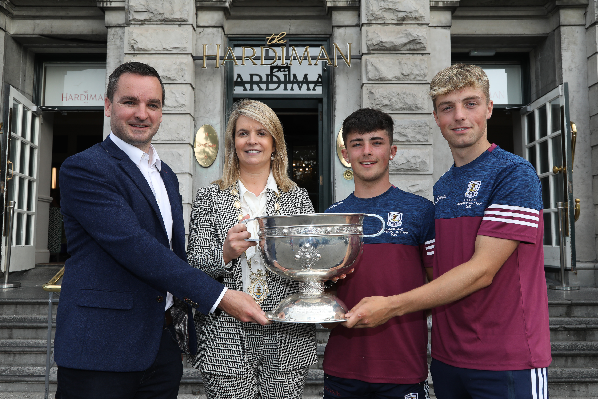