A Mayoral Reception was held on the 12th September 2022 to celebrate the momentous achievement of the Galway Intermediate Camogie Team, on winning the All-Ireland Championship on the 7th August 2022. The Mayor of Galway City, Councillor Clodagh Higgins, acknowledged the achievement of the Tribeswomen, and their demonstration of talent, teamwork and technical skill.

Speaking about the skill of their team and the significance of their achievement, Mayor Clodagh Higgins commented, “Following in the footsteps of our ancestors 3,000 years ago, most of us in the room will have had a go of a camán and sliotar at some point in our childhoods – and very many of us will soon have realised that it takes hours of practice, and innate natural athleticism, and sporting prowess to make that sliotar go where we want it to. The Camogie team being honoured today have mastered this skill. They have also mastered teamwork and strategy, and shown determination and tenacity on the pitch. For every young girl in Galway running around a GAA pitch tonight - you are an inspiration. When you ran onto the pitch in Croke Park, you showed them what can be achieved by the women of Galway in sport. You walked on to the national stage, played like champions, and were rewarded with victory.”

The Mayor recognised the achievements of the Manager Cathal Murray, and the management team who supported the team to victory, and thanked the families of the players for their support. 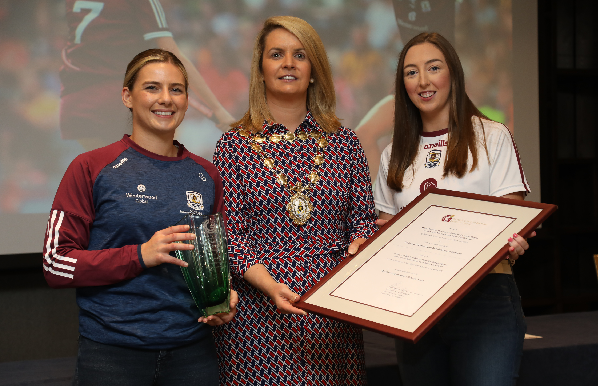 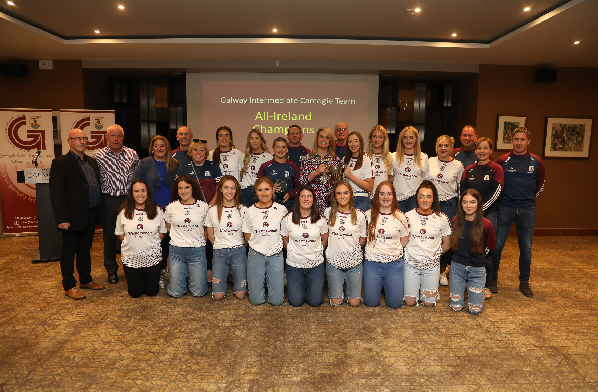 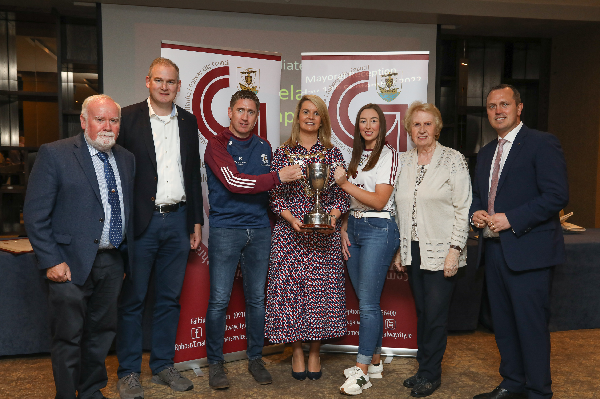 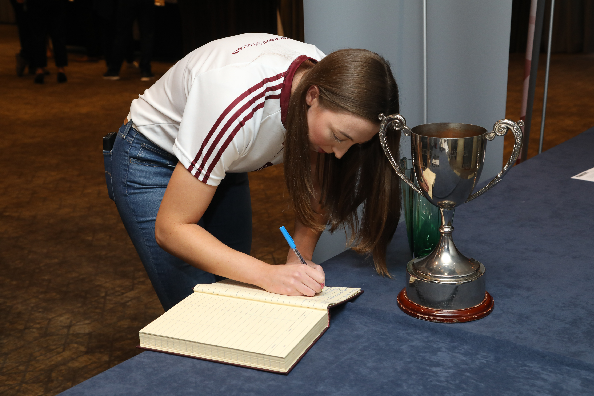