A Civic Reception was held by Galway City Council on 23 January 2023, to celebrate the achievements of Damian Browne in the world of sport, and beyond. The Mayor of Galway City, Councillor Clodagh Higgins, acknowledged Damian Browne’s achievements, notably his arrival into Galway on Tuesday 4th October 2022, having travelled more than 3,450 nautical miles over 2,696 hours, to become the first man to row from New York to Galway.

Speaking about the honour, Mayor Clodagh Higgins said, “It takes a particular type of person to see a death-defying challenge with nature, and to seriously consider taking it on. It takes an even more special person to complete it successfully. Damian Browne is one such person... Damian continues to inspire and motivate us, in both his career as an extreme adventurer and peak performance athlete, and also as an international keynote speaker.” The Mayor acknowledged Damian’s role as an ambassador for Galway, and wished him and his family continued success, health, happiness and contentment in future.

The Mayor and the members of the Procedures Committee of Galway City Council may decide from time to time to accord a Civic Reception to persons, organisations or associations to mark an occasion of significant importance, or to recognise the achievements and service of individuals or groups. Mayor Clodagh Higgins noted that Damian Browne is no doubt deserving of this honour and recognition for his achievements to date. 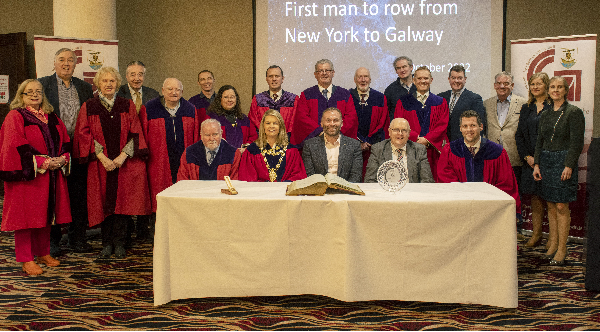 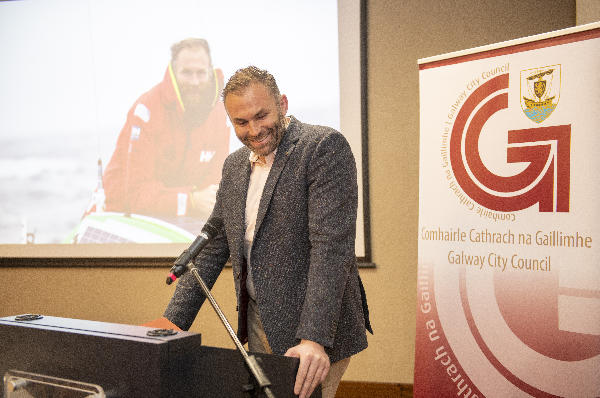 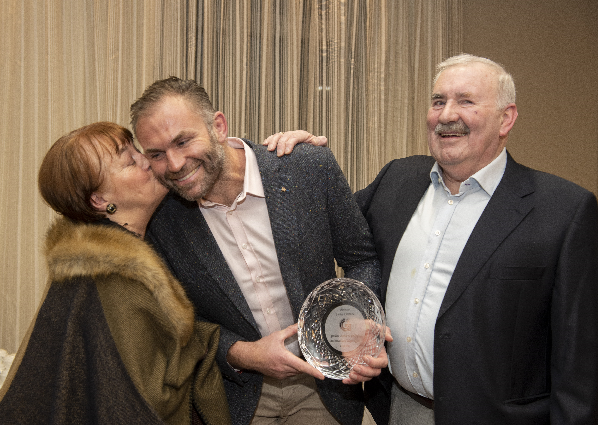